Murkowski: End of the Year Package Could Have Big Impacts on Alaska

Congress has reached an agreement on a year-end spending and tax package that sets federal funding levels for the next year and extends a series of tax breaks. Senator Lisa Murkowski (R-AK), as a senior member of the Senate Appropriations Committee, had a major role in crafting the final package. The spending bill sustains Alaska’s contribution to national defense, funds the delivery of the benefits that our veterans have earned, protects our fisheries, and fulfills the federal government’s commitments to Alaska Natives. Alaskans will also enjoy tax relief as the legislation temporarily delays the implementation the “Cadillac Tax,” one of the Affordable Care Act’s more costly provisions. The bill also halts any new funding for the Environmental Protection Agency and prevents continued overreach.

Both the House of Representatives and the U.S. Senate are expected to vote on the legislation this week. 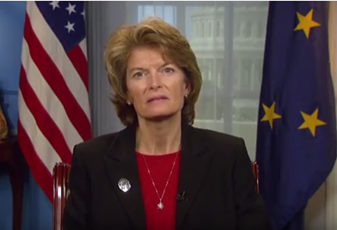 Fisheries: Major wins for Alaska’s seafood industry are included, such as:

Support for Veterans: Senator Murkowski laid the groundwork for major reforms to the nationwide Veterans Choice Program which has frustrated veterans in Alaska and across the nation. Murkowski has two amendments in the bill, one of which requires the Government Accountability Office to independently assess why the Choice Program is failing veterans, both in Alaska and around the country. The other amendment requires that the VA report to Congress on its plans going forward for providing healthcare to Alaska veterans in their home communities when the VA cannot provide it in their own facilities.

Alaska Native Programs: Senator Murkowski secured a provision to fully fund contract support costs—the operational costs of tribes to deliver federal Indian programs. This provision also creates a separate appropriations account to protect other Indian programs from having to pay for contract support cost shortfalls. The bill also provides an additional $25 million for the Bureau of Indian Affairs with important increases to programs that help combat domestic violence, substance abuse, and other public safety initiatives which includes $10 million in Tribal Court funding for P.L. 280 states such as Alaska.

Making the EPA Work in Alaska: The bill ensures that the EPA continues operating the backhaul program for five years to remove solid waste and garbage from communities in rural Alaska.

Tax Relief: Included in the spending and tax bills are a series of tax relief provisions: